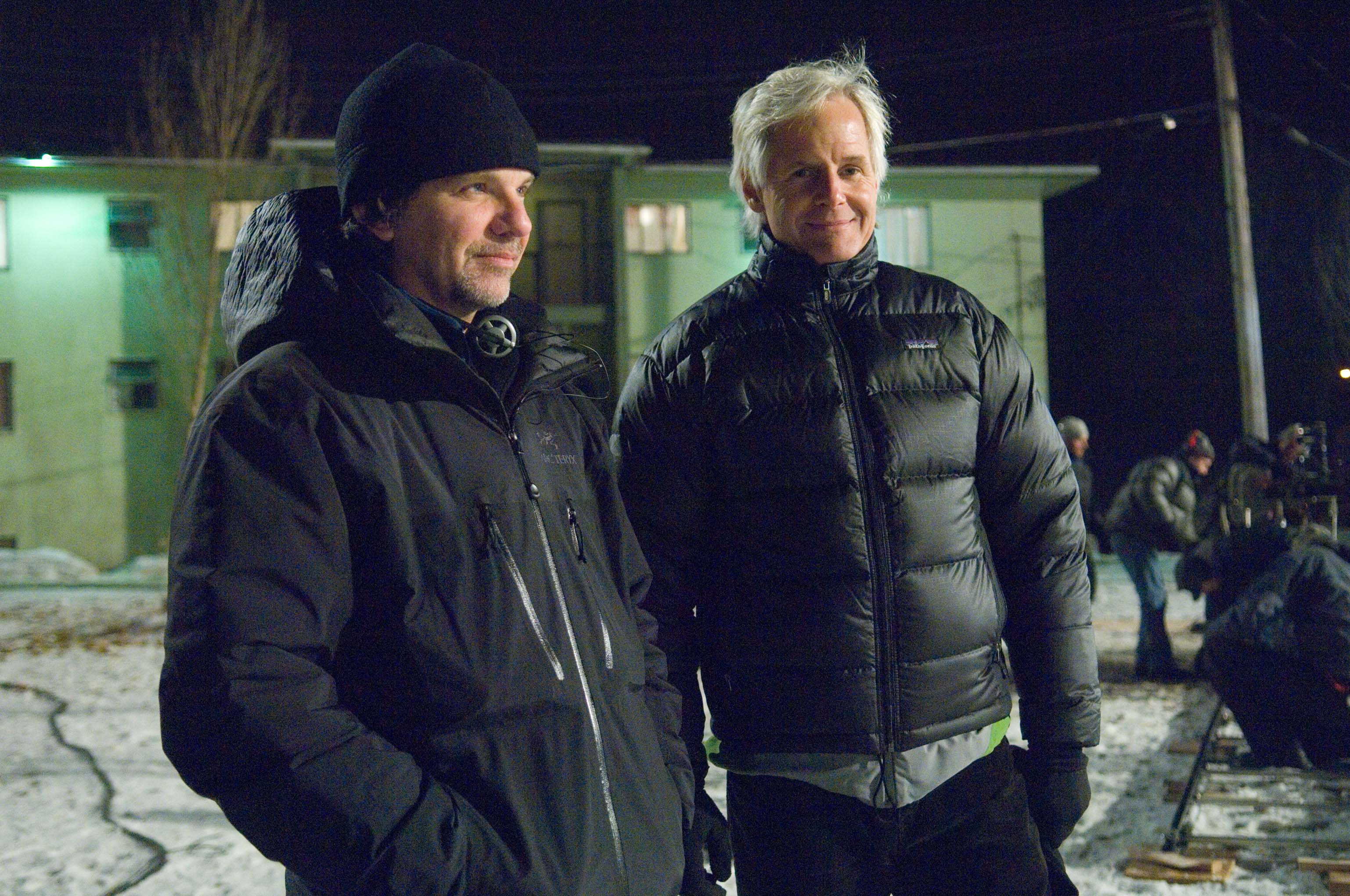 As you're aware, Chris Carter has been the subject of harsh criticism over the past few years. I guess it comes with the territory when you're writing for television. But even though his recent creative output may have left some viewers disappointed, I'm sure that his work will stand the test of time. So this is what I'd like to ask you:
1) As a writer, what do you feel is the most important lesson that you've learned from Chris?
2) Would you consider writing another project with him (not necessarily X-Files-related)? You seemed to have a great partnership, producing fascinating yet always entertaining scripts.
Anyway, I really hope that some day you will get the opportunity to revisit, and once more enrich, the world of The X-Files and us viewers alike.
Thank you,
Nicolò (from Italy)

Thank you for asking, Nicolò. Working for Chris on The X-Files was my first job in Hollywood, and I couldn't have been more fortunate. Chris was fiercely intelligent, tirelessly driven and hugely ambitious in the best possible way. I learned countless lessons from him about writing and producing that I carry with me to this day.

Chris had made pottery as a younger man, and transferred that discipline to series television. We worked on each outline, each script, and each edit until we couldn't think of any way to make it better -- or simply ran out of time. (I couldn't tell you how many edits we did on "The Post-Modern Prometheus." The neighbors next to the Fox lot must have gone crazy listening to Cher's cover of "Walking in Memphis" endlessly blasting out the windows of our editing trailer. But we kept honing the episode over and over again, like we did so many others, until it was as perfect as we knew how to make it.)

It's no accident that so many successful careers have sprung from The X-Files. Chris insisted that we produce the best possible work we could, and tolerated nothing less. I can't say working at Ten Thirteen Productions was particularly fun -- 12- or 14-hour work days were the norm, and very often six- or even seven-day work weeks. But no one put in longer hours than Chris himself, and it was hugely satisfying to go home at the end of each day knowing you had given the job your best.

Right from the beginning Chris and I shared an unusually close bond. Don't get me wrong -- I was new to television, and I had a lot to learn about everything in those early days. But The X-Files was just the kind of show that I would've watched and loved as a kid. I think Chris recognized my value, even before I did, and after only three seasons I rose from staff writer to executive producer, finally becoming president of his company.

The strength of our collaboration only grew over time. As different as we were as people, we had something indefinable in common that made working together a joy. You'd be lucky to find a creative bond like ours even once in your career, and here I'd found it at the very start of mine. I cherish the work we did together, not just on The X-Files but on all the series at Ten Thirteen. It's one of the sad things about show business that success often drives collaborators apart.

Would I work with Chris again? In an instant, on The X-Files or anything else. I know that if I did, that same bond would be there, just waiting to be rejoined after all these years.

Last summer, I attended the X-Fest Convention outside Chicago. I used to speak at dozens of X-Files conventions all over the country, but this was my first one in a decade, and that night many beloved faces from the series gathered for dinner and drinks. Chris wasn't with us, but he was certainly there in spirit, and I offered a toast. I loved the show, I said. But I loved the people who worked on it even more.